I t has been a year since Jack Buckles discovered the Keep beneath Baker Street, an underground tower no Section Thirteen was ever supposed to see; a year since his dad fell into a coma. Nothing has been the same since. Jack’s tracker abilities are on the fritz, Gwen’s not speaking to him and, what’s worse, there’s a pounding voice in his head calling for “the flame.”

Jack and Gwen are framed for the theft of a historic crown jewel—the Black Prince’s Ruby, one of three cursed rubies said to bring knowledge, loyalty, and the command of nations to whomever wields them all.

Now, they must retrieve the other jewels before the true thief does, or risk unleashing a reign of terror unlike anything history’s ever seen.

"A lighthearted foray into a world of mystery, riddles, and sorcery in London’s underbelly.” 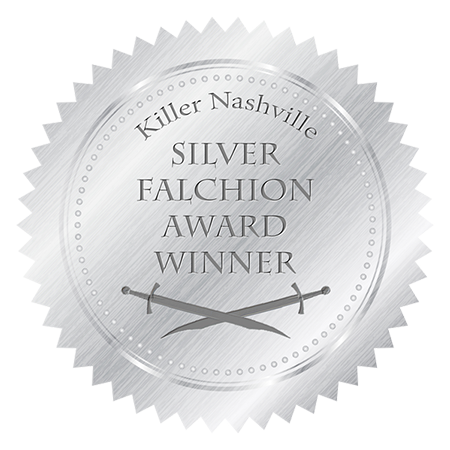 E xcerpt from The Fourth Ruby

NIGHT HAD FALLEN on London’s Baker Street. The orange glow of the streetlamps reflected off pavement that seemed perpetually wet. A good number of pedestrians still walked the sidewalks, mostly heading home from the cafés. Teatime had barely passed, and in London, tea was more than just hot drinks.

A little south of Regent’s Park and a little north of the Baker Street Tube station—near 221B—one particular pedestrian opened his palm and let an etched gold cube drop to the ground. He kept on walking. No one shouted after the man to tell him he had dropped something. No one noticed at all.

The cube clinked and clacked like a metal die, only not quite the same, thanks to tiny gems at each of the eightcorners. It paused once, balancing on a single jewel for an unnatural space of time, then rolled on for another meter or so before coming to a complete stop. There it sat in the grime, glittering and anonymous, as a group of twenty-somethings strolled by. Their scarves and their laughing faces were reflected in a darkened shop window, amid lettering that read LOST PROPERTY OFFICE.

Once the laughing pedestrians were safely past, the cube shook and bobbled. Its sides split open, unfolding into eight
spindly legs, each crowned with one of the tiny gems. The spider pushed itself up. It lifted a bulbous glass abdomen filled with sickly green syrup and then skittered across the pavement to climb a rainspout, utterly oblivious to the irony of its actions. Reaching the top unscathed, it raced across the roof, spiraled its way up a steaming vent pipe, and disappeared inside.

The creature descended for what seemed like ages, spiked feet clicking all the way. It took several branches, making lefts and rights into joining pipes, but always it continued downward, deep into a massive, secret underground tower known as the Keep.

Finally, the spider came within view of a blazing fire andslowed. It crept, inch by inch, to the underside of a great mahogany hearth, training its tiny cameras on a pair of children seated in high-backed velvet chairs in an otherwise dark room. The boy, a teenager, sat staring into the blaze.

The girl, younger, her tiny form dwarfed by the Victorian chair, gazed at him with an expression of concern. After a moment, the boy stood to inspect the hearth, and the spider scrambled back out of sight.

Then again, there might never have been a spider in the first place. Maybe the gold flashes the boy saw in his mind’s eye had nothing to do with a metal cube or tiny gems clacking on pavement. Maybe the silvery spikes had not been the clickety-clicks of a clockwork spider skittering down a pipe. Maybe the glittering confetti he saw had not been pedestrian laughter at all. Maybe the boy had imagined the whole thing.

Jack Buckles, a tracker by birth, had been struggling with his unusually keen senses. A year before, he had defeated a grown man in a smoky bell tower using only sound and feel to guide his actions. But these days, even the noisy Quantum Electrodynamic Drones—better known as QEDs—that hummed around the Ministry of Trackerscould sneak up on him. Jack’s senses had been failing him for months.

Of course, on the off chance Jack’s senses had been correct, if a clockwork spider had really crawled down into the Keep to look for him, then that would be very, very bad.

Find The Fourth Ruby wherever books are sold.

"Pure epic storytelling that anyone can enjoy. A timeless and supremely effective coming-of-age tale that touches the heart as it enthralls the mind.”