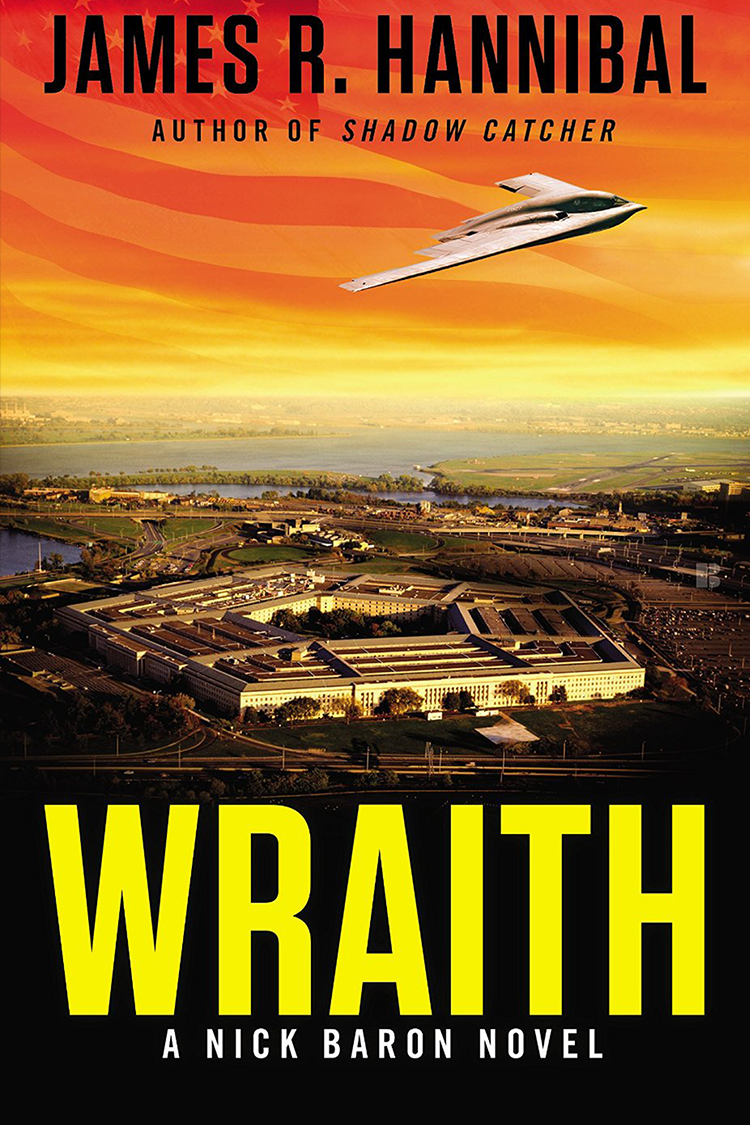 A fter the towers fall on 9/11, Lieutenant Nick Baron and the rest of the 81st Fighter Squadron are desperate for action. But CENTCOM puts them on the sidelines, leaving the young Warthog pilots restless—and reckless. Then the unthinkable happens. During a high-risk training flight, a rookie wingman slams into the ground.

In the darkness that follows, Nick wonders if he will ever learn to trust a wingman again—or even learn to trust himself. He will soon find out. Despite the black mark on his record, Nick’s application to the elite Stealth Wing is approved. A recruiter for a new covert team has taken note of Nick’s unique combination of skills.

Nick is swept into Operation Cerberus—a top secret mission that will take him from a harrowing flight over a black testing facility to a fight for his life on the Iraqi Dunes.

"Hannibal brings together a terrific mix of real air technology with intrigue and nonstop action.”

"An insider’s view into the Air Force’s most intriguing weapons. Hannibal proves high-tech weapons are only tools. It's the people doing the fighting who win the day.”

Pale rays of afternoon sunlight poured through the narrow windows of the fitness room at the 81st Fighter Squadron in Spangdahlem, Germany. The light formed two bright columns across the sectional rubber floor, yet it offered no heat at all. Lieutenant Nick Baron attacked a one hundred fifty pound punching bag with fury. He moved his six-foot frame around the bag with practiced ease, his steel blue eyes intently focused on the target, his blond hair matted to his forehead with sweat. He was not broad shouldered, but he was muscular, and the heavy bag shook violently under the power of his blows.

As he shifted his weight for a roundhouse kick, Nick felt a presence enter the room. He paused for a fraction of a second, pulling the kick to avoid the new obstacle, and then continued to punish the bag. He would not be interrupted; there were sixty seconds left on the timer. Undaunted, the intruder moved to a more obvious position. The two columns of light fell into shadow.

"You're in my way and you're blocking my light," Nick warned the intruder.

"Sir, your presence is requested in the Vault."

The timer expired and Nick brushed the young airman aside as he punched off the alarm and grabbed a small towel to dab his face. "Tell Oso,” he said between breaths, “that if he wants to interrupt my workout, he’s going to have to drag my sweaty carcass out of the gym himself."

The kid hesitated, looked down at his shoes, and then looked up again with renewed resolve. "Sir, we think the United States may be under attack."

Find WRAITH wherever ebooks are sold.