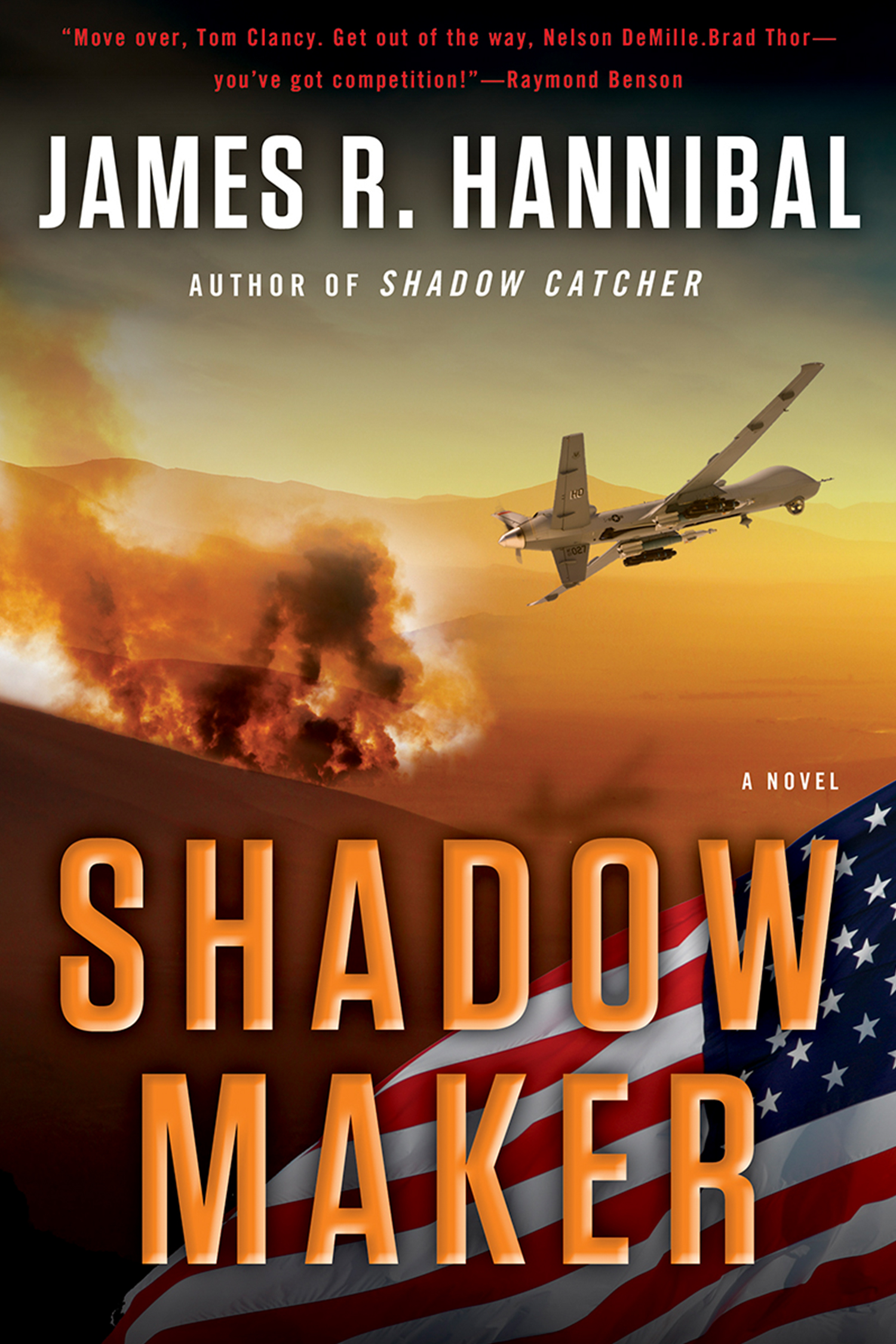 Nick and the Triple Seven Chase Special Ops team are drawn into battle against an unknown opponent who has resurrected the legendary Hashashin order of assassins. A long-awaited prophecy is being fulfilled in a series of violent attacks which may culminate with a final apocalypse over Jerusalem.

The lines between the game and combat begin to blur as every time Nick loses a piece in the chess app, he loses one of his men. And if he can't find a way to stop the terrorist mastermind, a checkmate may kill millions. 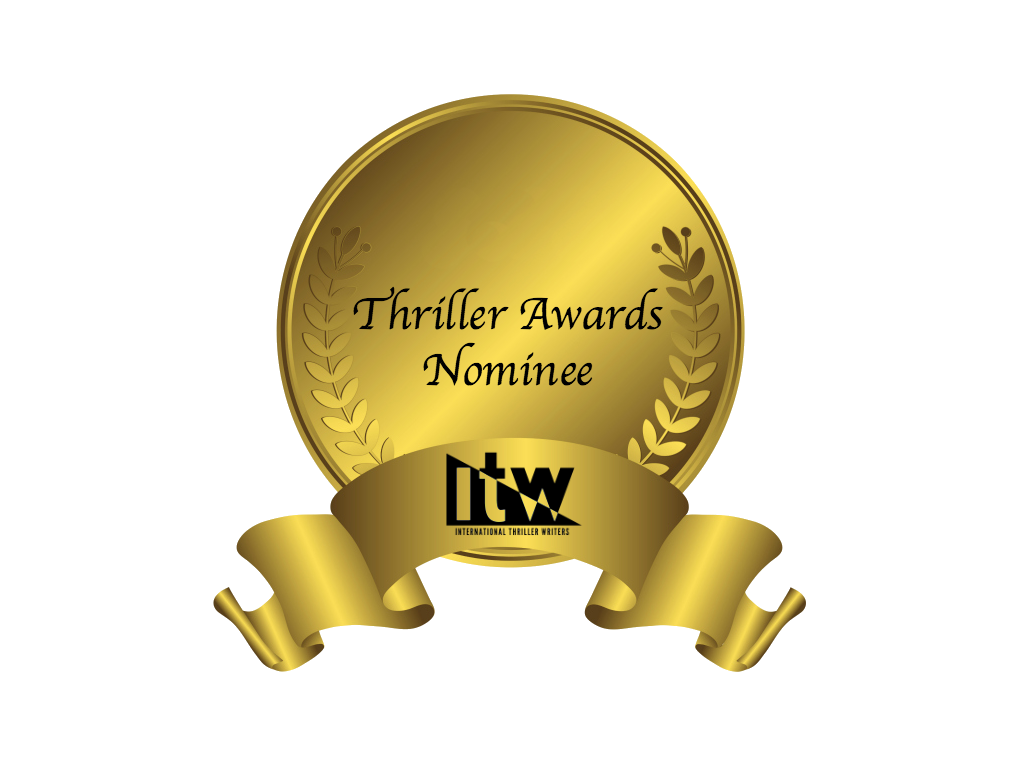 “Baba, is this the man that is going to kill you?” An adolescent boy lifted a picture from his father’s open briefcase and held it up for him to see.

Naseem Kattan crossed the room in three quick strides and slapped the photo from his son’s hand. “That is not for your eyes,” he growled, slamming the case closed. “And speak the tongue of your fathers. The English language is an offense to your heritage.” He glared at the child. He had only been outside for a few moments, and he could swear that the case had been locked.

The boy nursed his hand and looked down at the dirt floor, more surprised and embarrassed than hurt. “But is he, father?” he asked, obediently switching to Arabic. “Is he going to kill you?”

Kattan’s anger subsided as quickly as it had risen. The boy showed no ill intent. He was just curious. How could he not be? Curiosity was a byproduct of his intelligence. He reached out with one curled finger and lifted his son’s chin. “Let us return to our game, Masih.”

The two sat down at a wooden table in the main chamber of their small house. It was more of a hovel, really—a three-chamber structure built of mud. Kattan despised this place, not just the house but the whole village, raised out of the dirt by dirty peasants. Everything here—the air, the water, even the food, tasted of the desert dust, and the desert had long ago ceased to satisfy him.

Over the last two decades, Kattan had developed a taste for the finer things, but the finer things could be tracked, particularly in Yemen, where they were few and far between. He could easily afford to stay in an upscale hotel on the coast in Aden, but there were only two, and the owners were surely on the American payroll. That is why Kattan stayed in this desert hovel whenever he returned to his home country and brought Masih out to see him. With no credit cards to trace, no networks to bug, and no greedy innkeepers or politicians to buy, the Americans could not control this village. The lords of satellites and microprocessors could not control the dust.

Kattan scanned the chessboard, carefully considering his next move. He found a tempting target, checked to be certain there were no threats, and then struck, claiming Masih’s bishop. Immediately he caught the faintest hint of a smile on the boy’s lips. Masih saw something that he didn’t. Unbelievable.

Synagogue bombings in Turkey, the Oasis Compound massacre in Saudi Arabia, two months of coordinated car-bomb attacks in Baghdad. Kattan had planned the most successful strikes against the infidels and their collaborators in recent history. Large body counts and nothing left behind that could be traced to him or the organizations that hired him. He was a renowned master strategist who could look at a plan and see every outcome, predict the enemies’ every move and steer them toward destruction. He nurtured this ability by playing chess, and both his friends and his enemies considered him a master of the game, but Masih . . .

After four moves with a barely contained grin, the boy captured his father’s queen. “Check.”

Kattan leaned back in his chair and searched the board, trying to see what he had missed. There was a time when he intentionally made mistakes just to prolong their games. Now he wondered if Masih did the same.

“Who is he, Baba?” asked Masih, looking up as he placed the queen next to the rest of his prisoners. “Who is that blond man from the picture?”

Kattan sighed. He could see that the child would not let this go. “He is my persecutor. He has followed me for months, interfering with my holy work, my jihad. But he is only an annoyance, a mosquito to be swatted into oblivion when he comes too close.” He positioned his knight to block Masih’s next attack.

The child took that piece as well. “Check,” he said again. “Will the blond man attack us here?”

“No,” said Kattan, offering his son a reassuring smile. “The American cannot attack this house, because it has a special defense.”

At this, Masih’s eyes began roving the room, searching the drab furnishings and the dirt walls for something extraordinary. Kattan knew he would not find it.

They continued playing in silence. Three moves later, the boy declared checkmate, snatching up his father’s king with a wide grin.

Kattan shook his head, but the sting of defeat at the hands of a twelve-year-old was overpowered by the swell of his pride. Look what he had created for the service of Allah: a strategist of unseen brilliance. And Masih already knew the Western mind-set, better than his father, better than any who had come before him. Under Kattan’s tutelage, this boy would bring devastation and humiliation to the infidel on a scale that the mujahideen had never dreamed.

“Go get a pail of water from the pump,” said Kattan, standing and tousling the boy’s hair. “I will make us some tea. Then we will pray.”

“But there is a full jug of water by the hearth.”

Kattan frowned. “Do as you are told, boy. You may have beaten me at chess, but there is still much that I can teach you. For instance: tea tastes better when we make it with water fresh from the well.”

As the boy departed, Kattan went to the hearth to build the fire and cast a furtive glance at the water jug. He had lied. Whether stale or fresh from the well, the state of the water would make no difference in the tea. Like everything else out here, it would taste like dust. He had sent his son to the well for another purpose. The blond American might be watching. Kattan could not be certain he had eluded him at the border. But if he was out there, beyond the edge of the village, the sight of a child near the house would keep him at bay. The infidels did not have the stomach to kill the children of their enemies. That was one of their most exploitable weaknesses.

Kattan had not told Masih the nature of the special defense of this house, because Masih was the defense. His own son was his blessed shield.

The terrorist turned from the fire to watch Masih through the open door, pumping water into his pail. The boy was just starting to get some definition in his arms, on the verge of becoming a man, a benefit of letting him live across the sea with his harlot mother. Spared the indignity and starvation of growing up in the desert, Masih had some meat on his bones—much more than Kattan had acquired by that age.

Suddenly, the doorframe and the wall between them evaporated in a blinding flash. Kattan felt flesh ripping from his body as he was slammed into the eastern wall of the house and then dropped onto a pile of rubble. His eyes stung, he choked on a swirling cloud of that cursed desert dust. He could not feel his arms or his legs, yet pain surged through his body.

The cloud thinned. He saw his son, broken, blood staining the mud beneath him black. Masih was still clutching the king in his little hand. He moved his elbow back to his chest and started to rise.

Kattan tried to call out to him, but only a scant whisper escaped his mud-caked lips, “Masih.”

The boy did not look up. He collapsed back into the dust and did not move again.

Weakness from blood loss overtook Kattan, and he could not hold his gaze level any longer. His eyes drifted along the ground to the scorched photo of the blond American that lay between him and his son, amid a scattering of burning papers. Then the papers, the rubble, the dirt, all but the photo turned to black. As the terrorist’s mind began to fade, one final thought lingered—a name—flickering in the darkness like a dying flame. Nick Baron.

"A feast for thriller lovers!”