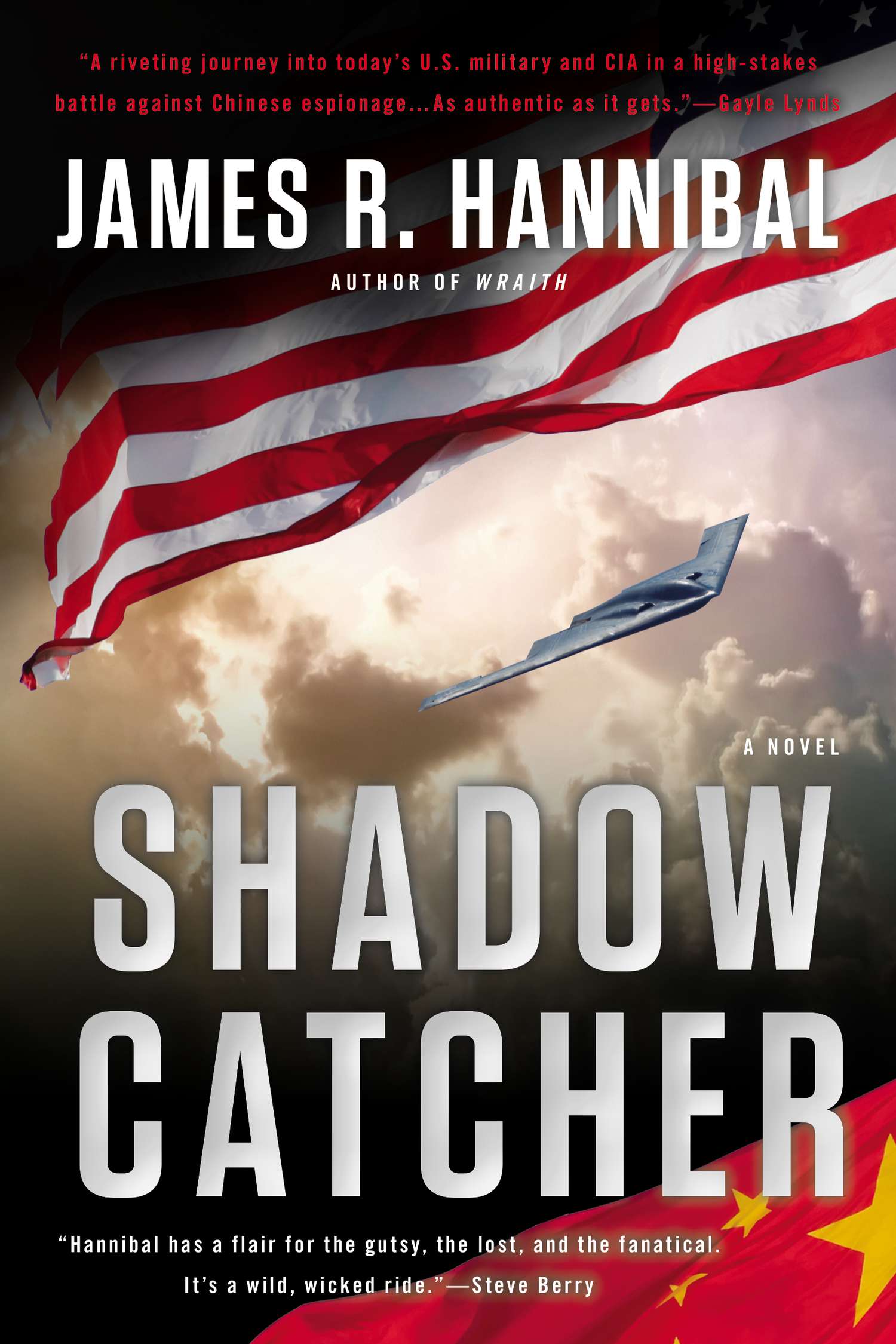 A n American operative memorialized in the CIA’s highly classified Book of Honor has just sent a desperate call for help from beyond the grave. The signal originated deep in the Chinese wilderness. Nick Baron and his Special Operations team will mount the rescue using the experimental M2-Wraith and its deployable stealth reconnaissance craft, Shadow Catcher.

Intelligence indicates a rogue general in the same region is bent on stealing stealth materials. Is the signal from the dead spy real, or is Nick leading his team into a trap?

The hunt for the truth will test the Romeo 7 team to the breaking point and take Nick to the very brink of human endurance.

"A riveting journey into today’s U.S. military and CIA in a high-stakes battle against Chinese espionage. As authentic as it gets.”

A lone westerner weaved his way along the crowded sidewalk in front of the Souk Sharq in Kuwait City, suffering the uneasy glances and occasional loathing glares of the locals. They did not bother him; with his flaxen hair and fair skin, such looks were unavoidable. On another day, he might have indulged his audience by slowing to gaze up at the beautiful souk, playing the part of the wandering tourist, admiring the high towers and ornate arches that hearkened back to the glory days of the Persian Empire. But not today. There was no time.

For ten years, the objective had lain hidden, dormant. For ten years, the secret had remained sealed in its watery vault. Now that he was back, he felt like that seal had been broken, as if his mere presence in the Persian Gulf had started a race against an unknown enemy. And somehow he knew he was already behind.

Once inside the souk, Air Force major Nick Baron moved into the shadow of a pillar. Now free from the usual disdainful looks, he let his steel blue eyes slowly drift over the crowd, scanning the potpourri of faces for something much more dangerous: recognition. He found none. Finally satisfied that he was not being watched or followed, he turned his attention to finding his teammate. It did not take long.

Major Drake Merigold stood in the center of the Grand Corridor at the base of a beautiful two-story water clock, staring up at the Jules Vernian sculpture with his mouth slightly agape. He wore an orange and blue Hawaiian shirt that hung untucked over his khaki shorts. He could not have stood out more amid the drab garb of the locals if he had worn a fluffy red wig and big floppy shoes.

The two field operatives of the Triple Seven Chase squadron had arrived on separate flights, on separate carriers, under assumed names. Each had used a unique, indirect route to reach the souk, where they were supposed to quietly join up before heading out into the gulf to meet the rest of the team. The stakes of this mission demanded strict adherence to the principles of covert movement. But then how could Drake be expected to fully grasp the stakes? No one had told him the real reason they were here.

“Magnum PI called,” said Nick, joining his comrade at the water clock. “He wants his shirt back.”

Drake nodded, still looking up. “It’s called hiding in plain sight, boss.” He was nearly a head taller than Nick, with broad shoulders to match and chiseled Greek features. With his flawless dark hair and obnoxious shirt, he looked like a movie star about to go on a cruise rather than a military operative. He glanced around the wide corridor, pulling the loud shirt away from his body and fanning it to take advantage of the air-conditioning. “They did a good job rebuilding," he said. "The last time we were here, an Iraqi missile had just crashed through the ceiling. You’d never know that there was once a huge crater right where we’re standing.”

For the first time since Nick had stepped out of the shadows, Drake looked him straight in the eyes. “So, why are we back?”

Nick dropped his eyes from Drake’s to check his watch. “The others should be reaching the rendezvous point soon. It’s time we got out there.”

Drake frowned. “You’re starting to act like the colonel.”

“Just pick up your bag and let’s go.”

"Hannibal knows the military business cold. Fans of Tom Clancy and other military-fiction writers will find much to enjoy.”